Ask my husband and kids and they’ll tell you they’re tired of me asking them/begging them to go mountain biking. We have a great system of trails at DeWitt’s Westbrook Park and they simply refuse. My kids have never rode trails so don’t know what they’re missing. My husband has and he says he hates them. Whatev’

This afternoon, as I headed to DeWitt for a session at Westbrook, it dawned on me that my 12-year-old nephew had an early-out from school. When I called to see if he was down with trying some trails, he happily complied!

Nic is a great kid, often game for trying new things and today was no different. With me on my Salsa Mukluk fat tire and him on a 24″ kids mountain bike, we took off. Quickly I could tell he wasn’t utilizing his gears so we did a little “Shifting 101” on the side of the 101 (trail) and we continued. I lead and would call out things to prepare him for what lie ahead.

Except for a tree branch clotheslining him and scraping his upper lip & nose, making him bleed his own blood, he rocked those trails! There were switchbacks he flicked through, rock gardens he bumped over and even some ramps off which he tried SENDING IT! 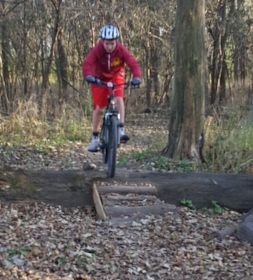 He told me it was a type of riding he’d never done. Living on a farm outside of town, most of Nic’s biking is around my parents’ neighborhood in town. And now he has this! Easily accessed by paved trail west along DeWitt’s 11th Street. 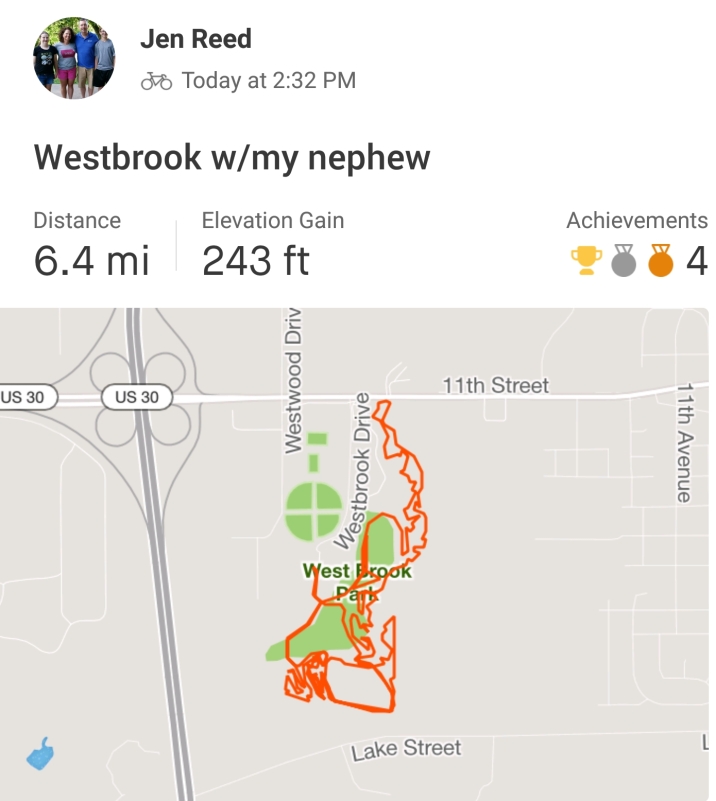 My favorite part of all of this? Purely selfish! HE WANTS TO GO AGAIN!!!! I think I’ll put him on my son’s Trek 3500. He’ll be beating his old aunt in no time!